Harvest Moon Above Castiglione of Sicily 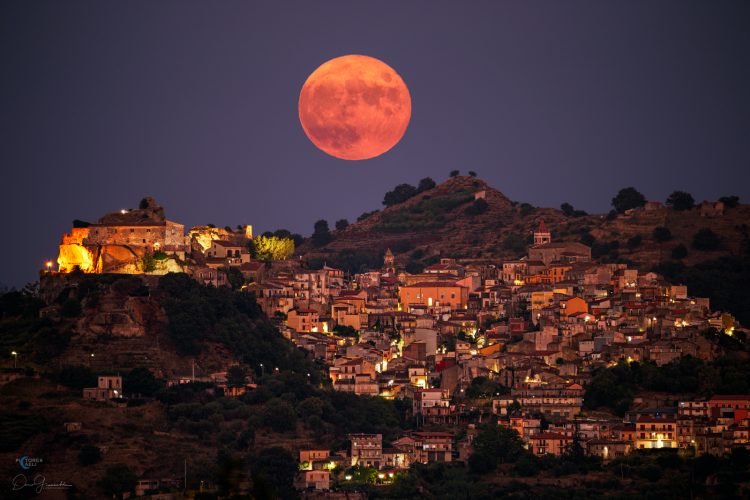 An Astronomy Picture of the Day.

A photo composite of two exposures. From the photographer: “Castiglione di Sicilia is one of the most fascinating villages in Sicily. Already counted in the circuit of the most beautiful villages in Italy, the country boasts a thousand-year history that dates back to before the colonization of the Greeks which took place around 700 BC. Colonized by Byzantines and Arabs, it was in the Middle Ages that the city played an important role in the history of Sicily when it was conquered by the Normans.

“In 1233 it was named” Animosa City “by Frederick II and used its castle as a summer residence. In 1282 with the Sicilian Vespers Castel Leone passed to Admiral Ruggero di Lauria. In 1297 Frederick III of Aragon came in person to place the siege. Castel Leone was assigned as a fiefdom to Giovanni, Duke of Randazzo and was renamed Castiglione from Castle Lion. ” cit. wiki.
The full moon of September has just risen over the small town. The day turns to night but a warm light still illuminates the landscape before giving way to the blue of the twilight. Castiglione begins to light up, highlighting its medieval architecture among which the Luaria castle on the left and the bell tower of the church of Pietro e Paolo on the right stands out. Even the Moon is tinged with red, taking on colors tending to orange and yellow as it crosses the layers of mist on the horizon. Everything seems in balance, creating an overall vision where the colors live in harmony with the details and the atmosphere of the scene.”