A Dreamscape of Punta Bianca 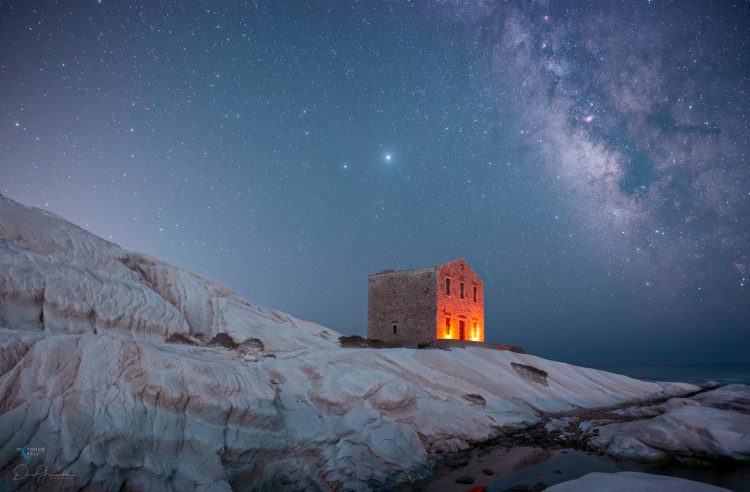 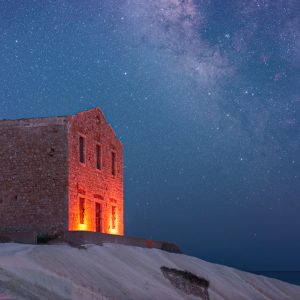 A photo composite of two exposures. From the photographer: “The dream repeats itself. Silence broken only by the waves of the sea. The docile smell of salt. The company of a friend. The stars rise from the sea and with them a splendid milky way one of those which you can hardly believe can be seen in Sicily; yet it is there, accompanied by the planets Jupiter and Saturn! The white marl of Punta Bianca seems to merge with the sky, recreating a mysterious landscape halfway between a snowy place and a lunar atmosphere. It is simply limestone, of a crystalline white, sculpted by atmospheric agents in the form of steps that, with their lines, seem to invite us to project ourselves to the sky. At the top left, an ancient customs barracks appears as testimony of an ancient human activity… now abandoned to the memory of a few and to the suggestion of the place. Click the second photo for a closer view of Punta Bianca.”