The university city of Zanjan in the northwestern part of Iran is the host of an annual TWAN major exhibition and astrophotography workshop since 2010. The annual workshop which is based on three days of lectures by TWAN members and other invited astrophotographers is based on a high level of educational standards. Some presentations are in English some other in Persian (Farsi), but in the next years itâ€™ll separate in local and international parts. The workshops have a TWAN-Style theme but the topics cover all type of astrophotography, including deep sky imaging and processing methods.

The annual event launched in March 2010, thanks to the efforts of the organizing committee led by experienced Iranian astrophotographer Asadollah Ghamarinezhad and TWAN director Babak Tafreshi. The event is supported by Zanjan municipality, the Art and Culture Center of the city, Astronomical Society of Iran â€“ Amateur Committee (ASIAC) and Asemane Shab (Night Sky) company (the main provider of astronomical equipments in the country) and Pars Sky (Iranian website for astronomy news). The local organizing committee was mainly supported by dedicated amateur astronomers of Aytan Astronomy Club in Zanjan. The workdshops bring together invited TWAN members and up to 100 participants, selected night sky photographers from across Iran and occasionally from the neighboring countries. The complete report of the first workshop is published here. 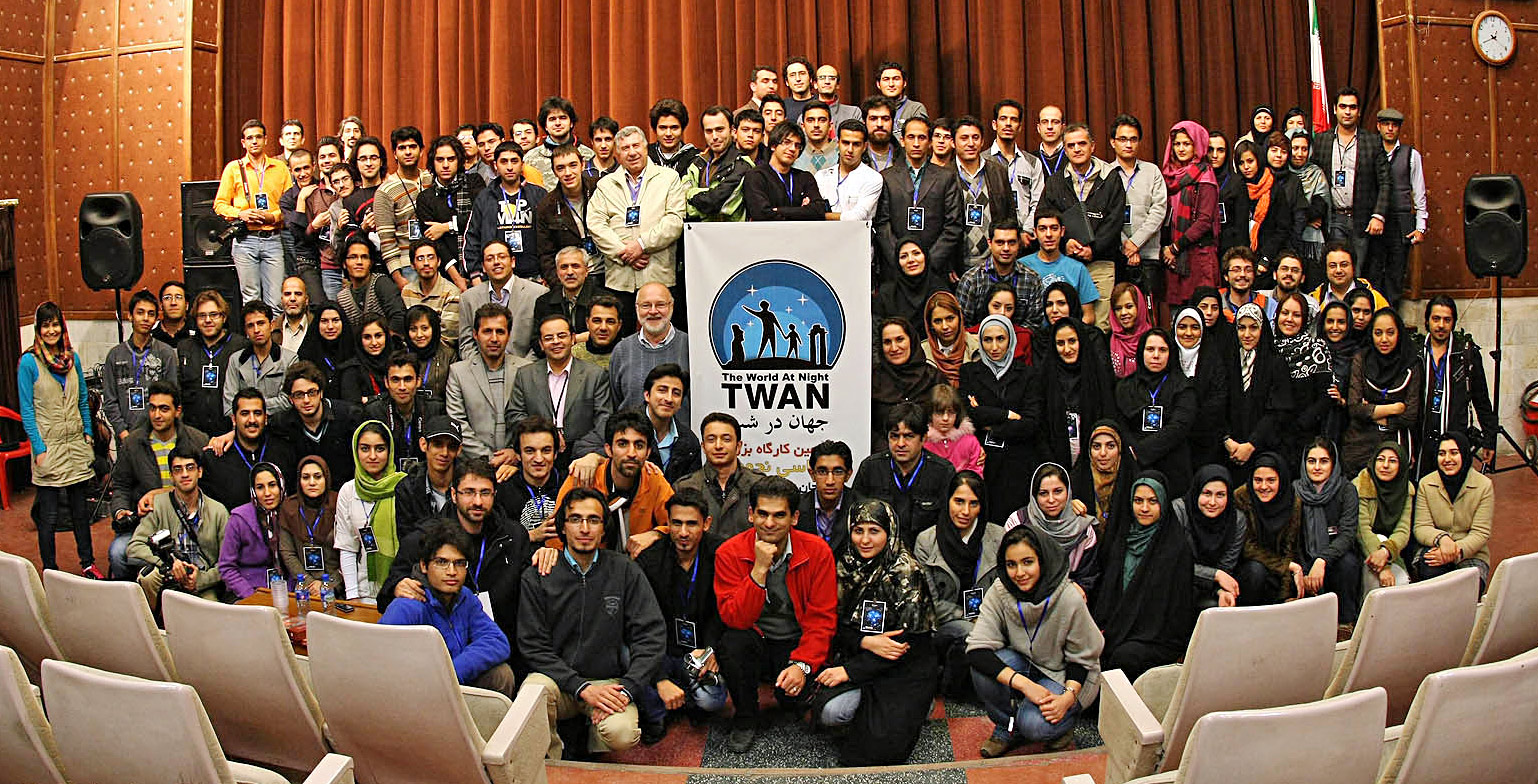 The second TWAN workshop in Iran was in March 2011 was highlighted by a special guest speaker David Malin, a world-known photographic scientist-astronomer. He is widely known as the world’s most accomplished astrophotographer, using mainly large research telescopes in Australia but also deeply experienced in wide-field sky imaging. Malin is also a TWAN member and adviser. He had two lectures in March 2011 TWAN workshop entitled â€œFrom Darkroom to Digitalâ€ and â€œUnderstanding Natural Colors of the Night Skyâ€. The workshop organizers also arranged a special presentation “Masterpieces of David Malin” to cherish his outstanding works in about three decades between 1970s and 1990s. Following are some other notable lectures of the workshop, presented by TWAN members Babak Tafreshi, Oshin Zakarian, Amir Abolfath, and contributing astrophotographers Taha Ghuchkanlu, Asadollah Ghamarinezhad, Farzad Zamanfar, Mahdi Zamani:

The 3rd TWAN astrophotography workshop in Iran was held 2011 November 16 – 18. Five TWAN members were invited including Laurent Lavader from France and Tunc Tezel from Turkey. The event was highlighted by several new lectured presented by Laveder who is widely known with his artistic Moon Games photos. The event opened by a live traditional Persian music concert with the background of TWAN photo slideshow from around the globe. The special guest for the opening ceremony was Dr. Mohammad R.H. Khajehpour, an Iranian physicist well-known for astronomy outreach activities and popular science books. Besides the previous team of educators (including Iranian members of TWAN Oshin Zakarian, Babak Tafreshi, and Amir Abolfath), a new invited lecturer in the 3rd workshop was astrophotographer Mazdak Motahari (from Asemane Shab institute in Tehran). The notable lectures of the workshop include:

The accompanied photos visually describe the workshop far better than any written description. Please take the time to view them and get a sense of the recent TWAN workshops in Iran. Each workshop has side programs including visits to the old city and bazaar of Zanjan, to the city’s planetarium, and night sky imaging trips to Alborz mountains of Iran or to the dark central desert arranged for the invited lecturers. Photos are provided by Oshin Zakarian, Laurent Laveder, Mohammad M. Asgari, Babak Tafreshi, Asadollah Ghamarynezhad, Mahan Khazrae, and Mahdi Zamani.