The World at Night in Turin 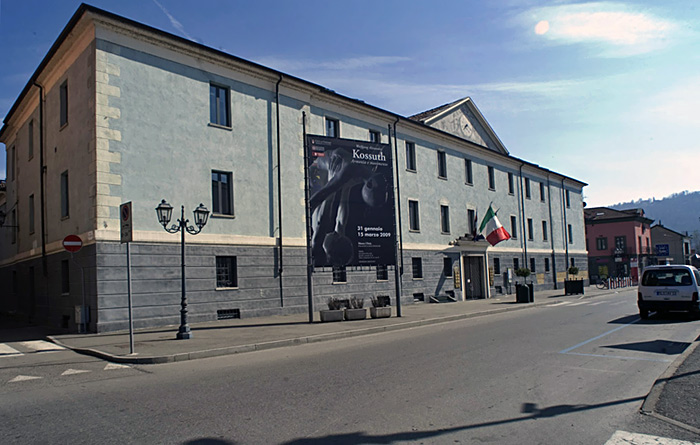 The World at Night in Turin

Italy hosted a major TWAN exhibition in Turin organized by Mirafiori Art Gallery, Photography Association of Turin, and Fondazione Novecento. The exhibition, which was held at Mirafoiri Motor Village from March 20 to 26, will continue to be on display from April 4 to September 6 in Clizia Museum, palace of Luigi Einaudi in Chivasso, 20 km northeast of Turin.

The first exhibition in Turin was accompanied by a 4-day event which marked the beginning of a national-level project that was being promoted through an initiative, Cielodinotte. In the framework of the International Year of Astronomy 2009, the aim of organizing TWAN exhibition along with Cielodinotte is to make the Italian population aware of the importance of night-time ecosystem. Over months, this will be mainly achieved through attractive art and cultural programs supported by a variety of public and private personalities, associations, institutions, firms, municipalities, and others.

The organizing partners in Turin paid special attention to TWAN and its message of â€˜One People, One Skyâ€™, and they ensured that it widely gains public attention in many ways.

Similar to an opening ceremony, the Cielodinotte National Premiere was held at Mirafiori Motor Village, a delicate showroom of the FIAT Company. The program started with a press conference followed by live jazz music with celestial themes, songs, and TWAN images running in the background.

Soon after readings and theatre performance were held in honor of Galileo Galilei and astrophysicist/science writer Margherita Hack. On the occasion, TWAN-Europe coordinators Gernot Meiser and Pascale Demy presented the spirit of Astronomers Without Borders (AWB) and TWAN. Their contribution was later broadcast by a local TV channel, Telesur.

March 20 saw the opening of the TWAN exhibition — a selection of 20 images exhibited for a week in the Mirafiori Motor Village art gallery. Once again a celestial live music program was presented followed by ‘Cinema Celeste’, an extract collection of famous science-fictions and movies in which celestial events play a role. The program concluded with Bertola (author) and Danesin (photographer) presenting the new edition of their Galileo Galilei book Da Galilei alle Stelle.

On March 21, Saturdayâ€™s evening program began with an inspiring theatre performance, ‘Senza fine’, dedicated to Hypatia of Alexandria who is considered as the first notable woman in mathematics, who also taught philosophy and astronomy and made notable inventions.

The program’s continuity was maintained by a fun show by Orlando Ferraris who interviewed two brothers, Judica-Cordiglia from Torino. The brothers tickled the funny bone of everyone present by talking of how they intercepted a radio communication from the Soviet Space Mission and in the process got into trouble with the KGB and the Italian secret service.

The TWAN representatives then lectured about AWB and TWAN and presented the TWAN short large screen show, which earned a very enthusiastic reaction from the crowd of over 1,000 people. The wonderful 4-day program ended with an impressive water and fire show and fireworks in the Mirafiori Motor Village.

Throughout the program the ‘Museo come Ambiente’, an organization which dedicates itself to interactive and multimedia environmental education, had set-up a telescope with solar filters at the main entrance of the venue and invited visitors to look at the sun. The Turin Planetarium also organized a special night-time observing session.

Between April 4 and September 6, Fondazione Novecento, one of the main partners of Cielodinotte, is going to hold the main TWAN exhibition of 100 large images in a delicate palace (Museum Clizia Palazzo Einaudi) in Chivasso, 20 kilometers from Turin.