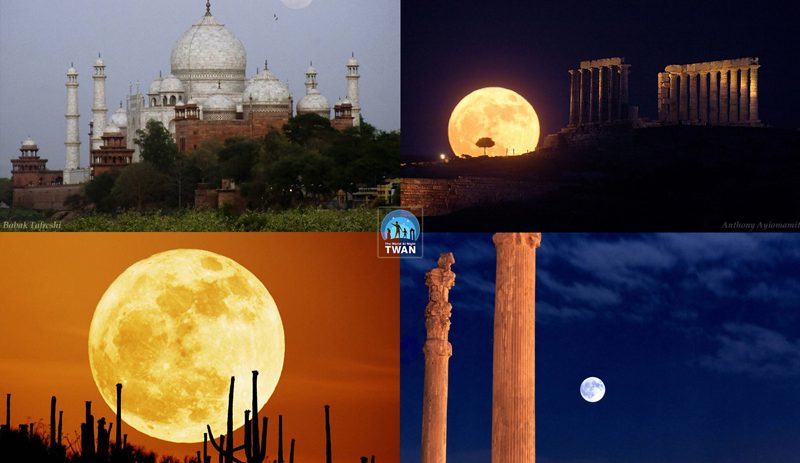 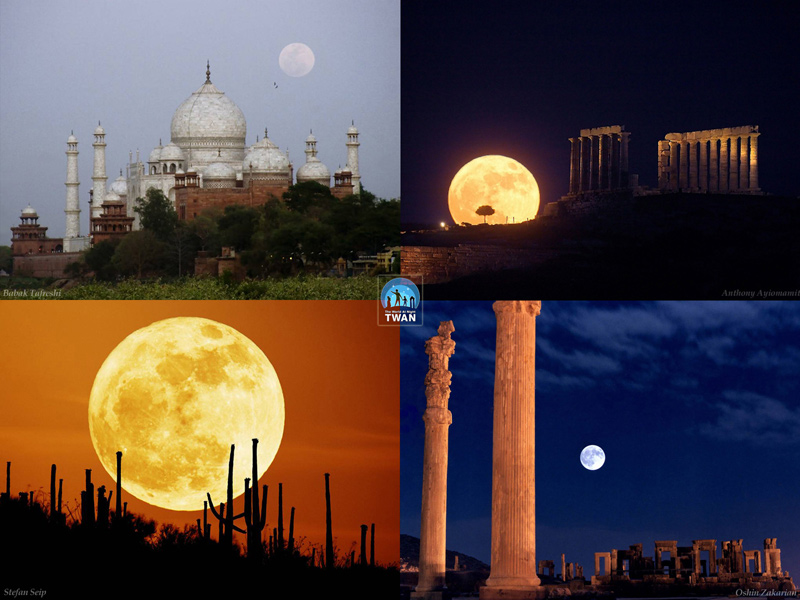 Stockholm, Sweden
From 2010 October 17 to 2011 January 30, TWAN exhibition will be hosted by the Observatory Museum in Stockholm. The notable venue is located on a beautiful hill top in the city. The foundations of the Observatory were laid down in 1748 by the Royal Swedish Academy of Sciences. This 4-month long display is a part of the TWAN traveling exhibition in Sweden, supported by the Swedish Astronomical Society and coordinated by the Swedish TWAN member P-M Heden.

Lisbon, Portugal
The World at Night exhibition makes its first visit to Portugal at the Joint European and National Astronomy Meeting. JENAM 2010 is during the week of September 6-10 2010; the European week of Astronomy and Space Sciences. The meeting will be at the Faculty of Sciences of the University of Lisbon, Portugal. The annual meeting is the most important academic astronomy event in Europe, which this year at its 18th meeting brings together over 600 leading astronomers and educators from around the world. TWAN exhibition of over 30 images and digital projection show is coordinated for the event by TWAN member Gernot Meiser and Portuguese astrophotographers Miguel Claro and Pedro Re. The exhibitions at JENAM 2010 is open to public during all days of the meeting.
There is also a presentation about The world at Night by Gernot Meiser in JENAM 2010 on Friday September 10 at the Special Session on how professional and amateur cooperation is changing astronomy.

Shiraz, Iran
The Traveling TWAN exhibition in Iran arrived in the southern province of Fars in early summer 2010 and was displayed for the first time in the historic city of Shiraz, one of the main tourist destinations in the country. The Iranian members of The World at Night will give a 2-day TWAN lecture on night sky photography on September 15-16, 2010. The workshop is organized by Shiraz Art Center and the Photographers Association of Shiraz. The workshop and the exhibitions in the province are coordinated by astrophotographer Mahan Khazrayi and the amateur astronomy community of the city. In the week that includes mid-September TWAN exhibition will be displayed outdoor at the one of most popular attractions of the city: the tomb Hafez; the famed Persian lyric poet of the 14th century.
Shiraz is the 5th major city in Iran to host The World at Night exhibition. The largest event in Iran, and the first major TWAN program in the Middle East was held in March 2010 by a national-level workshop and large exhibition in the city of Zanjan. This major program is confirmed by TWAN and local organizing committee to continue annually in Zanjan and grow as a regional TWAN workshop in the coming years.

Pasadena, California
Based on a completely new set of images, for the second time TWAN will be exhibited during the Pacific Astronomy and Telescope Show (PATS), hosted by the Pasadena Convention Center on September 18-19, 2010. Considered as one of the most interesting astronomy and telescope shows in the United States, PATS 2010 includes lectures by several famed amateur and professional astronomers exoplanet discoverer Geoff Marcy and Sky&Telescope editor in chief Robert Naeye.
TWAN exhibition is at the convention center during PATS and will be displayed for few other occasions in a special room at the Paseo Colorado Shopping Center. TWAN exhibition at PATS 2010 is sponsored by Sky&Telescope magazine, Explore Scientific, Oceanside Photo and Telescope (OPT), Woodland Hills Camera and Telescopes, and Astronomy Outreach Foundation.
The 2009 TWAN exhibition in Paseo Colorado Center was a 15-day public event as a part of TWAN traveling exhibition in 24 shopping centers across the Unites States, to celebrate the International Year of Astronomy.

Pecs, Hungary
TWAN exhibitions in Hungary continues in 2010 by opening presentations and 3 weeks display, from September 23 to October 15, in the city of PÃ©cs; European Capital of Culture in the year 2010. The TWAN exhibition was invited by the University of PÃ©cs, Faculty of Sciences Institute of Geography and Physics.
The traveling exhibition of The World at Night in Hungary started in autumn 2009 during the International Year of Astronomy through coordination and supports by the Hungarian Astronomical Association. Astrophotographer and the Hungarian TWAN member Tamas Ladanyi has been leading the coordination of the events.