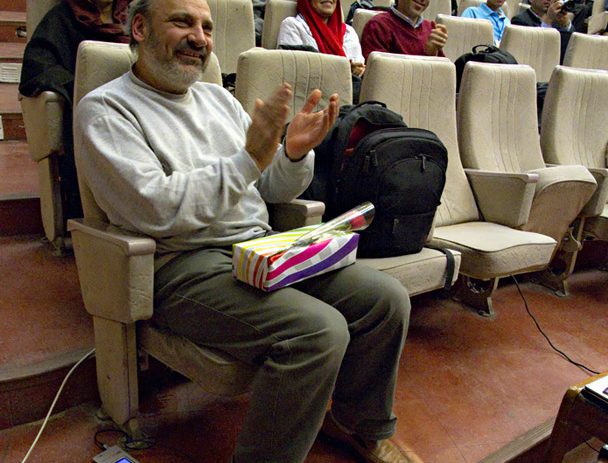 See the photo report of the September 2012 TWAN workshop in Iran. The March and November 2011 reports are available here and the 2010 report is posted here. Follow the latest update on our upcoming Iran workshops at twanight.org/iran

2010 April 12: There is a significant public interest to astronomy in Iran. The amateur astronomy community of the country is alive and growing, based on its young population. The average age of an amateur astronomer in Iran is 18-20 and it’s very notable that females include half of the amateur astronomy community. There are two monthly astronomy magazines, about 100 astronomy clubs (with many of them based at schools and educational centers), and a national committee to organize annual competitions (such as national Messier Marathon), workshops and conferences, and a popular weekly TV program dedicated to astronomy and skygazing. Night sky photography is a major interest for Iranian amateur astronomers and TWAN global team of about 30 photographers includes 3 Iranians.

The first TWAN astrophotography workshop in the Middle East was organized in Iran from March 3 to 5, 2010. The university city of Zanjan in the northwestern part of the country hosted the event. With several leading professional astronomers and two major research centers, Zanjan is a destination for young Iranian students who are interested to continue in physics and astronomy. The city is known as also famous for its natural and historic attraction including attractions including the World Heritage Soltaniyeh Dome and historic city was the capital of Persia for a period of time in the 14th century.

For the astrophotography and image processing workshop, 5 TWAN members were invited from Germany, Turkey and Iran: Gernot Meiser, Tunc Tezel, Oshin Zakarian, Babak Tafreshi, and Amir Abolfath. The event was the main TWAN members gathering in the recent months. Iranian astrophotographer Alireza Vafa was another invited lecturer at the workshop. As noted by Asadollah Ghamarynezhad, a well-known amateur astronomer in the country and head of the TWAN workshop & exhibition organizing committee, â€œthe event was very well received by Iranian amateur astronomers and over 100 participants were selected from a larger list of registered forms. The participants were from 25 different cities all across the country.â€

TWAN workshop and major exhibition in Zanjan was also announced as the ending event of International Year of Astronomy in Iran (the Persian solar year changes at vernal equinox on March 21). The event also received collaboration from various organizations in Zanjan and the capital Tehran including Zanjan municipality, Zanjan Art Center, Astronomical Society of Iran â€“ Amateur Committee and Asemane Shab (Night Sky) company and educational institute (the leading provider of astronomical equipments in the country). The local organizing committee was mainly supported by young dedicated amateur astronomers of Aytan Astronomy Club in Zanjan.

Special guests and lecturers attended the opening event. Prof Yousef Sobouti, widely considered as the most distinguished astronomer in the country, opened the sessions which was followed by noted from the local organizers and hosts. Gernot Meiser (TWAN-Germany) and Babak Tafreshi (TWAN director) introduced TWAN and Astronomers Without Borders in a large screen show. The program continued by memorable live performance of traditional Persian music with background of The World at Night images. The artists prepared a special music theme for TWAN starry images.

The workshop lectures were selected based on a combination of fixed-tripod night sky photography; longer exposures using telescopes and tracking drives, and image processing:

– Learning the technology and science behind digital cameras

– Analog vs Digital, advantages and disadvantages in night sky photography

One of the side programs during the workshop was an introduction and appreciation to long-term efforts of Asadollah Ghamarynezhad to promote astrophotography in Iran based on his experiences since 1980s, as the first advanced astrophotographer in the country. Another side presentation was to introduce a new TWAN member in 2010: Amir H. Abolfath who becomes the youngest TWAN team member at age of 27 but his knowledge and his stunning collection of photos and time-lapse videos was convincing enough for TWAN coordinators to invite Amir to this distinguished international group of night sky photographers.

With support of Zanjan municipality and Zanjan Art Center, TWAN produced a large-size exhibition for the city including 35 one-meter long light boxes and 40 other 1-2 meter mounted prints and panoramic photos of several meters long. The exhibition opened during the 3-day workshop and it continues to display in two sections: a long-term traveling exhibition in the educational centers of the region, and a permanent display of light boxes at Zanjan planetarium.

TWAN workshop in Zanjan was not the first national astrophotography event in the country which involved TWAN members. In 2006 before official start of TWAN project, Zanjan hosted another astrophotography workshop with invited lecturer Stefan Seip (now a TWAN member in Germany). The March 2010 event in Zanjan seems to be a welcoming program for TWAN educational and outreach activities in Iran. The organizers at Zanjan expressed their interest in continuing TWAN-related events in national level by organizing similar workshops in the next years, each following a particular field of astrophotography in higher level. Meanwhile other TWAN exhibitions started in Iran. Thanks to Mehbang Astronomical Society, since February 2010 a traveling exhibition of The World at Night images is on display in Zahedan and other cities of Sistan and Baluchestan, the southeastern province of Iran.

TWAN global exhibitions, workshops, and presentations started in 2008 and it has reached over 100 events in 27 countries so far. TWAN coordinators are in communication with venues world-wide to continue the events in new regions and countries. 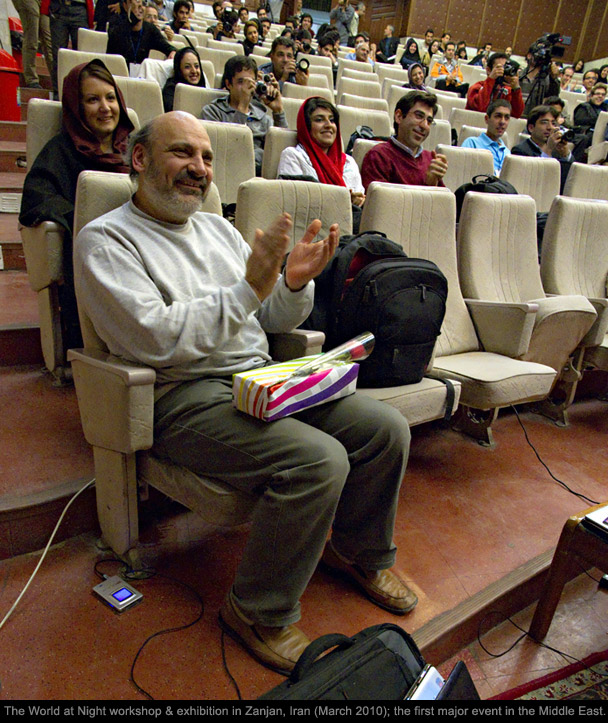