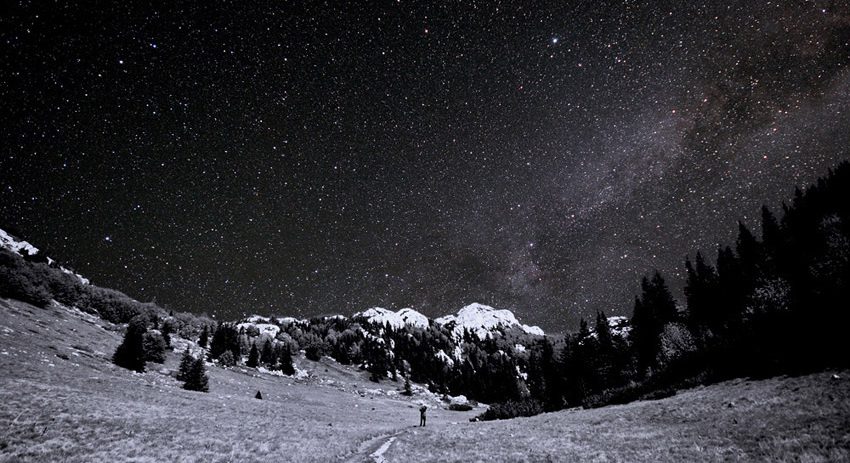 Winners of the International Earth and Sky Photo Contest on Dark Skies Importance are announced by The World at Night and Dark Skies Awareness projects. Submissions to the contest had been received during the second half of International year of Astronomy 2009. Submitted photographs were all taken during the year of astronomy and were all created in the â€œTWAN styleâ€â€”showing both the Earth and the skyâ€”by combining elements of the night sky set against the Earth horizon with backdrop of a notable location or landmark. This style of photography is called â€œlandscape astrophotography.â€

The contest was open to anyone of any age, anywhere around the world. About 200 entries were received from over 30 countries including Algeria, Armenia, Bangladesh, Canada, Chile, Columbia, Croatia, France, Greece, Iceland, Indonesia, India, Iran, Italy, Macedonia, Nepal, Norway, Philippines, Poland, Portugal, Romania, Serbia, Spain, Switzerland, Turkey, UK, and USA. Nearly 30% of the entries were from the United States. Other major contributors were Romania, Iran, and Poland.

According to the contest theme of â€œDark Skies Importance,â€ the submitted photos were judged in two categories: â€œBeauty of the Night Skyâ€ and â€œAgainst the Lights.â€ The selected images are those most effective in impressing people on both how important and amazing the starry sky is and how it affects our lives, and also how bad the problem of light pollution has become. Today, most city skies have become virtually empty of stars. Light pollution obscures the stars, interferes with astronomical observatories and, like any other form of pollution, disrupts ecosystems and has adverse health effects.

The contest organizers wish to gratefully acknowledge the assistance of Oceanside Photo and Telescope (OPT) in supporting the contest with variety of prizes. Other contributing sponsors include Celestron, Meade, Explore Scientific, Stellarvue, Astrodon, and Starlight Instruments. The contest was also supported by Sky&Telescope, a worldâ€™s leading astronomy magazine, with several gift subscriptions for the winners, and the University of Hawaii with technical support and server hosting for the contest submissions.

The Photo Contest and Global Astronomy Month: the winner announcement of the Earth and Sky Photo Contest at the beginning of April is part of the opening of worldwide activities coordinated by Astronomers Without Borders – for the Global Astronomy Month – a new annual program for the worldwide astronomy community to share the beauty of the night sky with others and connect with other astronomy enthusiasts around the world.

Contest Judging
The first selection and voting was made by TWAN world-wide photographers. The photos receiving the most votes in the preliminary selection were then considered by the contest judge team for five winners in each category of the contest. The team of judges included:
– David Malin (Widely considered the most distinguished night sky photographer in the world; TWAN member and consultant.)
– Mike Simmons (President of Astronomers Without Borders, and TWAN co-founder; contributing editor at Sky & Telescope magazine).
– Connie Walker (Director of the Dark Sky Awareness project and Globe at Night program; senior science education specialist at the U.S. National Optical Astronomy Observatory.)
– Richard Wainscoat (Photographer and astronomer at the University of Hawaii; and chair of the International Astronomical Unionâ€™s Commission on Controlling Light Pollution.)
– Babak Tafreshi (Founder and director of TWAN; award-winning night sky photographer; and board member of Astronomers Without Borders.)

Contest Winners
The overall first-place winner of the contest and the highest voted by the TWAN team is â€œTemple Nightâ€ by Chris Kotsiopoulos from Greece, presenting a panoramic view from the Poseidon temple at Cape Sounion in Greece. The photo shows a starry sky in one direction and the immense light pollution of Athens toward the other horizon. Placed in the contest category of Against the Lights, the photo won an Explore Scientific 127mm refractor telescope and a $150 gift certificate from OPT. As noted by David Malin, â€œA powerful wide-angle picture that meets all the criteria of the competition with style, technical skill, and in an elegant composition.â€

The first prize in the Beauty of the Night Sky category is â€œFull Moon Rainbowâ€ by Tony Rowell who receives a Celestron CG5 computerized telescope mount. The photo is taken from Yosemite Falls in California on a moonlit night. As noted by David Malin, â€œItâ€™s a strong, beautifully executed composition, blending a starry night sky, moonlight, and a magnificent landscape in a most imaginative way.â€

â€œMilky Way above Romaniaâ€ by Cristina Tinta Vass is the second-place winner in the Against the Light category, receiving the prize of a 70mm ED Stellarvue refractor telescope and a $150 gift certificate from OPT. As noted by Babak Tafreshi, â€œThe splendid Milky Way above the light dome of a city is very dramatic in this photo, showing the contrast between the natural look of the sky and artificially light-dominated cities.â€

The second-place winner in the Beauty of the Night Sky category is â€œLighthouse and Starsâ€ by Larry Andreasen, receiving the prize of Meade LXD75 computerized telescope mount. The photo is taken from the coast of Oregon in the U.S.A., framing a seaside starry night and powerful rays from a lighthouse. As noted by TWAN member John Goldsmith, â€œItâ€™s a surreal, mystical image.â€

All the winning photos are also slated to appear on the TWAN Guest Gallery. There are over 30 more photos which are positively voted by TWAN members and the judges. These are shown in this photo report and will appear on the Guest Gallery in the near future.

The International Earth and Sky photo contest was the second competition held in collaboration with The World at Night. The first contest was regionally organized in South America and India. TWAN plans to have new international and regional contests in the future. Contact us for more information.

Oceanside Photo and Telescope Message
Statement by Craig Weatherwax on behalf of OPT Telescope, the main sponsor for the contest prizes:
“OPT Telescopes is proud to have been a sponsor for the International Earth and Sky Photo contest, focusing on dark skiesâ€™ importance. We wish to congratulate the winners on their thoughtful and stunning images. As president and CEO of OPT it is rewarding to see the application of astronomy equipment in such a beautiful way. I am reminded of my first exposure to the wonders of the night sky and the Universe, of which we are such a small part.
We wish to thank the manufacturers whose generosity is responsible for the awards: Celestron, Meade, Stellarvue, Explore Scientific, Astrodon and Starlight Instruments.
Congratulations to TWAN and Dark Skies Awareness for not only the stellar job they did with the contest, but for the way in which they are bringing awareness to â€œone sky, one worldâ€. Thank you for letting OPT participate in this event. We look forward to helping in the future.”

See other notable photos in the contest selected by TWAN members and the judges. 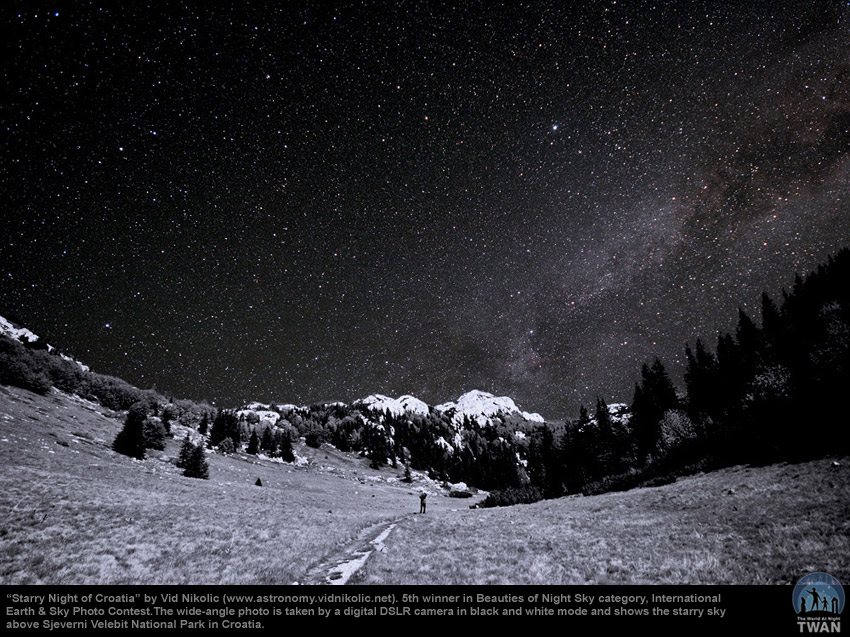